Before the existence of frameworks like Flutter and React Native, every mobile app required developers to write separate code in the platform’s respective native languages, making it time-consuming and costly to create and successfully run virtually the same app on the AppStore and Google Play.

Created by Google in 2017, Flutter is an open-source, cross-platform mobile UI toolkit, using a relatively new programming language named Dart, allowing developers to construct a native mobile application for both App Store and Google Play within a single codebase. In simpler terms, this allows the user to create and update hybrid apps that are supported by iOS and Android, using one programming language and one codebase.

The purpose of Flutter is to design, create, test and deploy high-performance apps with a native feel without actually being created on their native platforms, a feature that is causing more and more developers to move towards Flutter. Recently, Flutter has also started supporting desktop apps, thereby allowing users to run apps on Windows and MacOS desktops.

Flutter consists of the Dart platform, Flutter engine, tools and widgets. Dart is a simple object-oriented programming language which integrates the UI directly into the operating system instead of through the native framework. Dart’s syntax is similar to JavaScript, centered on front-end development, with built-in security options, and enables for fast-running applications on mobile, web and desktop.

The fundamental theme of Flutter is to use widgets as the building blocks of the application. The UI is created using a combination of various widgets, including animations and gestures, to create the theme, design, layout and overall structure of the app while integrating native modules including scrolling, navigation and icons to provide a completely native experience. While Flutter has its own widgets similar to Android's Material Design and iOS’s Cupertino, the framework also offers the ability to create your own personalized widgets. It also offers out-of-the-box widgets which you can immediately take advantage of within your development. The widget structure is layered, giving you full authority over every pixel, with each set of widgets layered upon the previous layer until the application UI is complete.

The biggest advantage of Flutter and Dart is that they’re both open-source and therefore free for anyone to use. Flutter is becoming a progressively prominent technology for a variety of other reasons as well including: 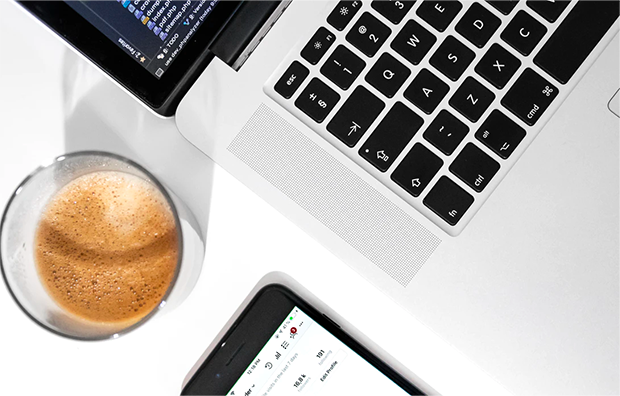 Modern programming frameworks are focused on making development less complicated for the developers. Flutter was created with the same idea in mind; it is relatively simple to use and does not require a complicated coding process to create your dream app. 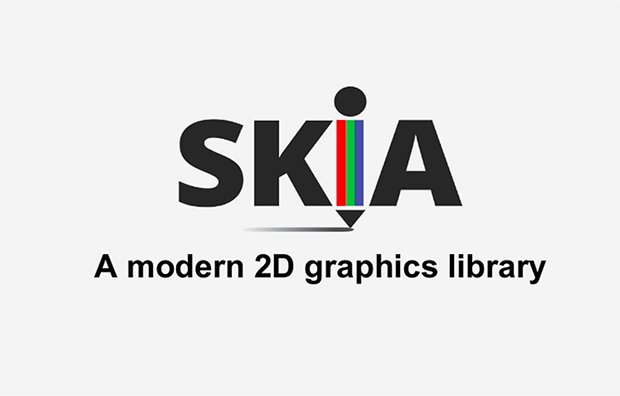 Flutter is powered by the hardware-accelerated Skia 2D graphics library to support the fast performance of the app. Using Dart facilitates compilation to 32-bit and 64-bit ARM machine code for mobile platforms, JavaScript for web and Intel x64 for desktop.

Additionally, Flutter is cross-platform and compatible with any and all development tools on the Android and iOS platform, speeding up the development process. 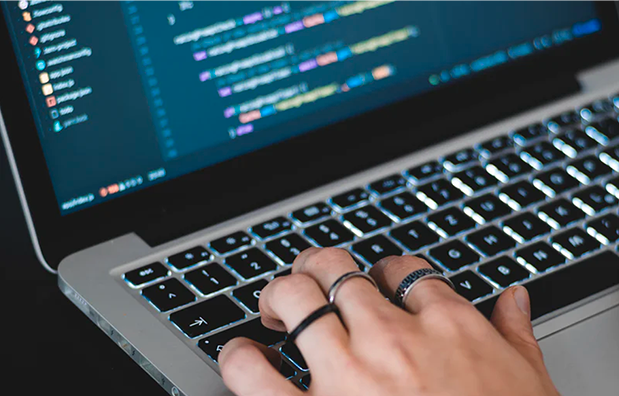 With native frameworks, developers have to wait for the app to be recompiled with any changes they have made, extending the overall development time. With Flutter featuring a just-in-time execution engine, developers have the ability to view the code changes during the modification process without waiting for the app to recompile, a process known as Hot Reload. This feature comes in handy especially when fixing bugs or adding new features to ensure that the modified app is running smoothly. Hot Reload not only simplifies the process of app modification and bug fixes, but saves time as well. 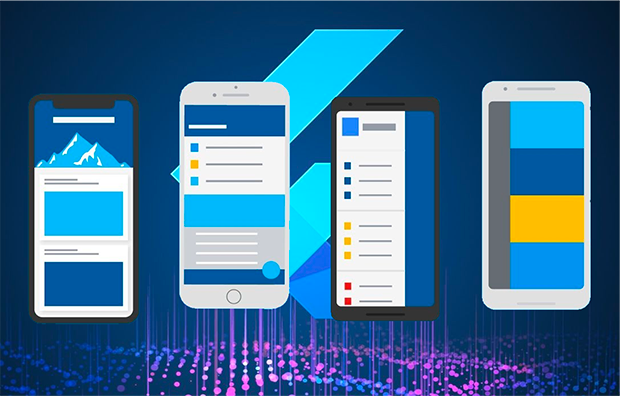 Flutter uses widgets as the fundamental building blocks of apps. While there are various standard widgets that you can use to build your app, Flutter allows for customizable widgets and or a combination of both so that you can construct your app the way you want. 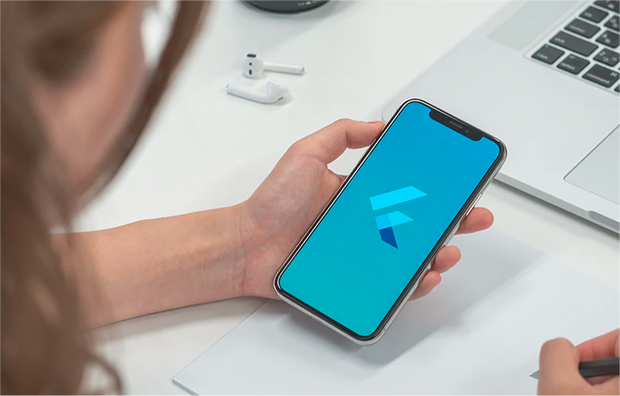 Flutter allows developers to conduct automated testing at unit, widget and UI level, reducing testing time by 50% while ensuring that the app is running smoothly and efficiently. In order to help testers efficiently test mobile apps, Flutter provides official documentation on ways to accurately and effectively test the app at various stages of development.

How can we help?

Have a unique idea for a mobile app for your business? Winterwind’s team of seasoned mobile professionals have extensive experience in Flutter development and can create an app with a native feel for your business while ensuring that you save on both time and cost.

At Winterwind, we have a team dedicated to Flutter development giving us an edge over our competitors. Our developers have strong expertise in Flutter, Dart.js, Android/iOS native development and have a good working knowledge of web services. They have a strong understanding of OOP and database design and can build an app that matches the UI design and functions bug-free.

We create mobile apps designed to provide an engaging experience. This involves creating the design, layout and functionality of the app that you require, while adding widgets to personalise it to reflect your brand identity. Creating apps is not the only thing we excel in; we also have expertise in migrating your existing apps to Flutter to provide you with a new and improved experience. Apps that our developers build on Flutter work seamlessly on all mobile devices. It doesn’t matter whether you’re a startup or a large enterprise; your app requirements are something we can handle!

We build your app based on a combination of already available and customizable widgets by creating a hierarchy of widgets. Every layer of the app is formed with widgets, creating layers set upon previous layers. The framework then compares the previous layer with the current layer to determine if any modifications need to be made until the app is complete. With the use of Flutter, we can simplify your code to make a high-performance app. After your app is complete, we perform comprehensive testing and debugging procedures for your app at unit, functional and UI level to ensure that the app is running well. After your app is deployed, we will provide you with ongoing support and maintenance, addressing any issues that come up or adding new features you require.

With a 4.6 rating on the Apple store, HuYu is the easiest way to make money while shopping. The user simply has to scan their grocery shopping receipt from selected stores and HuYu will reward them with points for redeeming vouchers from their favourite stores and online retailers. It is easy to use, and the more shopping receipts are uploaded to the HuYu app, the more points can be earned to redeem rewards. The user can also earn more points by providing their opinion through the in-app survey.

Our Flutter development team created an app for HuYu which is compatible with both Android and iOS, providing a near-native experience for their customers while using the app on both platforms. It allows them to easily scan receipts, forward receipts on email and complete surveys to earn and achieve rewards. The app is simple and easy to use and has an interface that reflects the company’s brand identity.

After we deployed the Huyu app to App Store and Google Play, we were there to support the team post-deployment. When new features needed to be added, we were there to get those done. We are also maintaining the servers that the app runs on and ensure that error-reporting is enabled so we can catch any issues that may come up and get them addressed as early as possible.

For more information on HuYu, visit their website: https://www.huyuapp.co.uk/

Pairing is not only for singles looking for a meaningful relationship but also for non-singles, who are willing to help their single friends know about each other. It is based on algorithms based on real-life social circles, rendering it impossible for troll accounts to be marked as a potential match. Since matches come from similar backgrounds, relationships are built on strong foundations. The user can also ask a mutual friend about a potential match to know more about the person they like.

Have an idea for an app? Or just want to know more about Flutter development? Contact us today!