Winterwind has extensive experience integrating the Bitcoin blockchain into web and mobile applications. There are a number of different ways to go about this, and Winterwind will help you decide what is the best way to go about it. Bitcoin is not the fastest, nor the cheapest blockchain as far as transactions go, however it is the most well-known blockchain and your users may demand it. We will outline a few different ways we can help you integrate Bitcoin into your application, however note that you are not limited to these options. They are provided only as an example.

The Electrum wallet comes in various different packages, including a Linux binary as well as a python program. As Winterwind uses Linux for its servers, it can integrate programmatically with either of these wallets to do various operations including creating user wallets, maintain a hot wallet, broadcast and sign transactions, look up balances and more. If you are looking to have maximum control within your application and do not want to rely on third-parties such as Blockchain.com API to interface with the Bitcoin blockchain, then Electrum could be a good technology choice for you. Advantages of running your own Electrum wallet include not needing to rely on third-parties (they may go down) or if you feel there are security risks with going through a third party for transacting with Bitcoin. Another advantage of using Electrum on secured Linux servers is that no other third-party will have access to your private keys. This gives you the maximum security, however, it also means that you as a cryptocurrency business owner have the responsibility to maintain backups of your private keys. Winterwind will provide you all the support you need to ensure that you and no one else has access to your private keys. 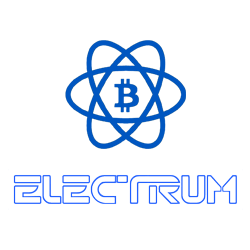 Using this third-party is a much different solution than Electrum for storing and transacting with Bitcoin in your application. To your users, however, the experience can be the same. With Blockchain.com, they more than likely retain a copy of your bitcoin private keys within their database. It may be encrypted and they may have good security practices at their company, but they still have a copy. For some businesses, this is not acceptable and they want to maintain their own Bitcoin technology layer using a wallet like Electrum. That being said, many people are comfortable with using Blockchain.com, which is now owned by Coinbase. The argument here is that Coinbase has never had a serious breach and they will employ the same security to their subsidiary company, Blockchain.com.

One advantage of using Blockchain.com's API is that your infrastructure does not need to maintain it's own Bitcoin node. As a node is running process, there is also the responsibility of maintaining its uptime. So at the end of the day, the decision must be made of whether to let the Winterwind sys admin team maintain the team, or offload this responsibility to a third-party such as Blockchain.com, which is obviously included when you use their API.

The Blockchain.com API offers a number of services which can be leveraged by your application, including payments processing, wallet custodial services, transaction and blocks data, market data and even charts and statistics.

Get in touch by sending an email to anthony@winterwind.com
The Leaders in Laravel Development Winterwind Inc.