First appearing in the technological world in 2011, Elixir is a dynamic, multi-paradigm, process-oriented programming language used on the Erlang's virtual machine BEAM to create scalable applications which are easy to maintain and update. It is used not only for web development but can also be utilized for software embedding, data ingestion and multimedia processing domains.

Elixir works in combination with the Erlang programming language and shares the same traits that are used to build and develop fault-tolerant software. The purpose of Elixir being used in combination with Erlang is to reduce development costs as well as contribute to the wider ecosystem.

The creator, Jose Valim, based the creation of Elixir on some of the core features of Ruby on Rails while enhancing the overall performance and quality. It is a relatively new language but it is becoming increasingly popular, with tech giants like Pinterest and Discord choosing it for their online platforms.

Elixir's source code, maintained by their core team, is under the Apache 2 license. It is updated every 6 months, around January and July, so that the language is constantly up-to-date based on the feedback of the Elixir community as well as the ever-changing digital climate. Elixir’s development team is constantly focused on upgrading the features of Elixir to allow it to reach its maximum potential.

Elixir is a high-performance language so it comes as no surprise that major tech companies like WhatsApp, FarmBot and Outline are using it as their main programming language. Elixir is mostly chosen as the preferred language for websites with heavy traffic and for creating high load applications that can be easily scaled and maintained. In recent times, it is becoming widely popular for social media and news sites as well.

Elixir has many features that make it a impactful programming language to use in the current technological landscape: 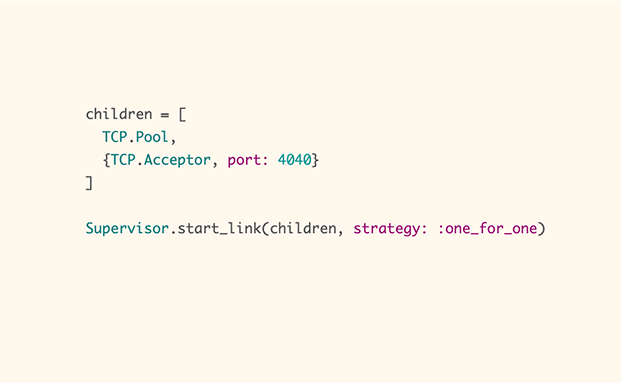 The main feature of Elixir that sets it apart from other programming languages is its fault-tolerance. It has built-in safety features to ensure that if a fault pops up, the software keeps running even while the fault is being notified and fixed. Elixir provides fault tolerance for 2 types of errors:

Error Type 1 - Issues relating to production are rare and harder to figure out. Running on top of Erlang's VM, Elixir is configured as a mini OS on top of the server OS. The VM then handles the communication between servers and nodes. So, when a node is down, another node will be notified to fix the problem immediately.

Error Type 2 - The second type of error relates to data. Elixir, being a compiled language, does not allow an application to start if there are problems in the code. This is enabled by the supervision principle in Erlang VM which ensures that if one part of the application is faulty, it will not affect the other parts and can be fixed separately. 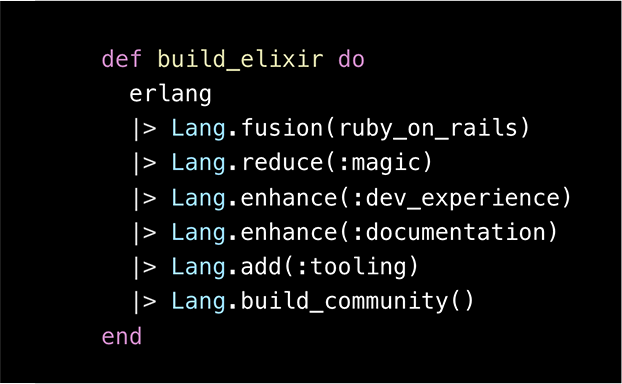 Having a Ruby-like syntax enables Elixir to be a similarly clean and concise programming language with the added bonus of efficiency and concurrency. 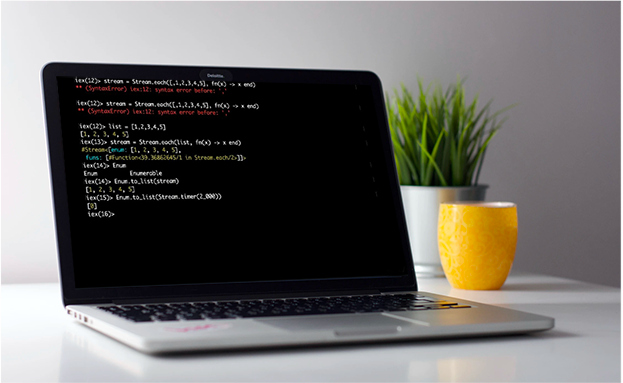 Elixir is a functional programming language which means that its code architecture is more mathematical and includes functions and modules instead of objects and classes. Furthermore, all data types are immutable therefore calling a function on a variable will create a new variable instead of modifying the existing one.

Functional programming uses features like pattern matching, higher-order functions and a declarative style of code which enables the code to have better maintainability, as well as a superior testing and debugging process. 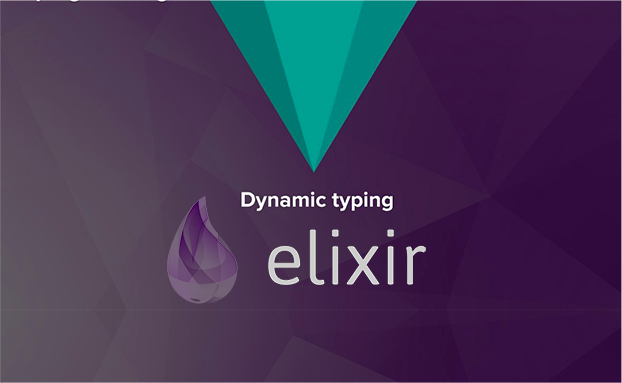 Elixir uses dynamic typing which means that types are reviewed before compilation, thereby increasing efficiency and reducing development time. For static typing, typespecs can be used. 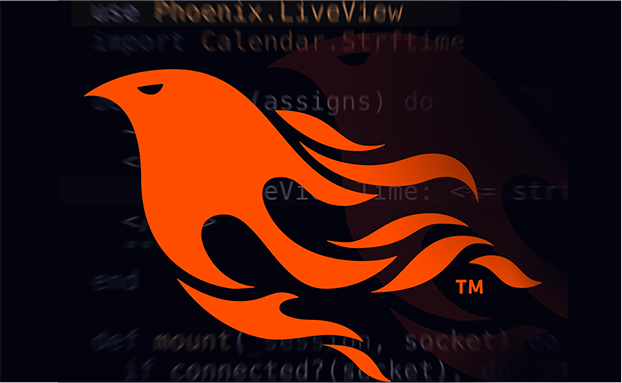 Tooling helps programming languages become easier to use, while also providing more diversity. Elixir provides various tools including Phoenix LiveView, which assists in the development of front-end applications without having to write code in JavaScript, or Crawly, which assists in web-crawling and data scraping. Furthermore, the Elixir community also provides assistance in terms of building new tools as well as enhancing the features of the already existing ones.

Elixir is a high-functioning language which is becoming increasingly popular because of the following reasons:

Elixir, as a programming language, is very easy to read and use. It is concise, has simple expressions and does now allow overriding or reopening of any modules. Everything is loaded from the lib and Elixir enables import for a shortcut. Elixir is a quality product with its syntax and architecture enabling developers to write efficient code.

Elixir enables a more concise and quicker coding process. It also has a feature known as pattern matching which destructures data to access its contents. In combination with guards, this can enable the developer to match and assert certain conditions for code execution.

Elixir’s concurrency makes web development faster and more efficient. Moreover, Elixir is flexible and enhances performance because it has the ability to serve more traffic and so is better suited for your servers.

Can run multiple processes at the same time

Elixir, in combination with Erlang, is designed to handle multiple requests from multiple users simultaneously (but independently) without crashing the application. This is the main reason why social media owners choose to use Elixir as their go-to programming language for the development of their websites and applications.

The architecture of Elixir allows it to successfully run applications on various communicating nodes, thereby enabling you to build larger and more maintainable web and IoT applications with an improved and more enhanced performance.

Elixir is fault-tolerant and has built-in safety features that enable the application to function even if there is something wrong with it, preventing app crashes. The fault is alerted and notified immediately, with the help of various processes, so that it can be fixed promptly.

Elixir is one of the strongest programming languages available when it comes to being error-resistant. If a fault does take place, Elixir supervisors can help in taking the next action to fix the error immediately.

Elixir enables the developer to use the auto-complete function making it easier to write code. It also has debug, reload code and formatting options available due to the integration of IEx with Elixir. It assists developers into entering any Elixir expression and getting its results immediately.

Elixir was designed to be extensible in order so that it can be expanded to be used in other languages as well.

Elixir has Phoenix LiveView integrated with it which assists in developing front-end applications while the Nerves framework enables back-end development. Elixir, being adaptable with both, is a convenient and attractive choice for developers looking to do full-stack development.

Elixir's growing community provides detailed how-to documentation and guides making knowledge transfer accessible to all developers. It helps developers in learning the language, in asking for assistance during troubleshooting and for contributing to enhance the potential of the language.

How can Winterwind help you with Elixir development?

Winterwind’s core development team specializes in Elixir development to create the perfect website in order to enable your business to grow. With expertise in various tools and technologies including Phoenix, Vue.js, React.js and Linux-based Devops, we can provide you with the perfect team to expand your business digitally. We also have experience in the creation and development of custom software development and can provide maintenance services for corporations of all sizes and spanning across all industry verticals.

We offer development services which are designed to provide an engaging experience. This involves creating the design, layout and functionality that you require, while personalizing it to reflect your brand identity. Creating websites and applications using Elixir are not the only thing we excel in; we also have expertise in migrating your existing software to Elixir to provide a new and enhanced experience to your customers. It doesn’t matter whether you’re a startup or a large enterprise; your development requirements are something we would love to challenge ourselves with!

We also offer the following services for Elixir:

We will take care of your technological requirements at every stage of your growth process; from planning to development, from design to execution. You only need to worry about giving us your content and product requirements; leave the rest to us!

If you’re not sure whether Elixir is the right choice for your project, or have a project you want to develop using Elixir, get in touch with us today!