The pandemic issue Coronavirus, which is also known as COVID-19, occurred last February 2020 and caused a global health crisis. With its alarming impact on humankind, fear and panic began to spread around the world. This pandemic has affected the lives of many people as well as their means of living including people’s businesses. To control the masses, a lockdown order is being implemented by the government that resulted in a wide range of crises - including transportation, food, banking, logistics, and others. This pandemic issue is striking the global economy downwards - while - beginning in the last week of April, Bitcoin becomes positive.

How does it affect the market?

As the world continues to battle with the risk of the COVID-19 virus, it brings a negative impact on the economy. Companies had to layoff workers; gaining profits on a normal basis is critical. Operations in most companies shut down to curtail the spread of the virus and the economy is also suffering as oil, gold, and commodity markets are being affected. Air and land transportations are being limited and travel bans are being imposed to prevent the increasing number of infected regions because the virus mutates fast. The travel ban creates a significant negative impact on decreasing the use of oil and gas. Overproduction of oil with fewer demands during this pandemic time is one of the causes of the oil price war. For instance, big companies such as airlines, logistics, e-commerce, and the global market was hit hard. 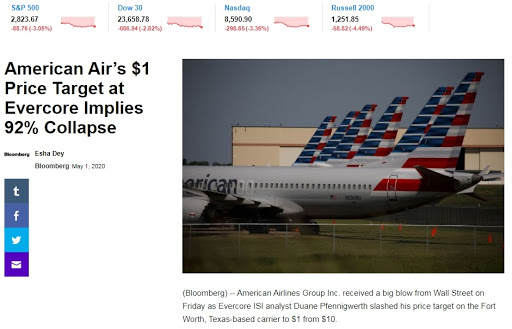 The oil prices collapsed to below zero for the first time in history after WWII as the expanding economic strife left some players in the oil industry to pull back their investments. Tension has also occurred between Saudi Arabia and Russia due to a declined deal according to a report from CNBC.

Bitcoin shines during these pandemic times.

What happened to physical gold during these pandemic times? According to a separate report from CNBC, the central banks around the world rolled out a solution to combat the financial impact of coronavirus in the industry - eyeing gold as a hedge against inflation. This indeed a good sign for gold as the debasement fear could trigger to push the yellow metal higher.

Bitcoin is also referred to as Digital Gold because of the “trust” of people and by the massive adoption in the world. It is already known and accepted in most businesses and firms, though the value is volatile as it sled down in the middle of March and remained stagnant this April 2020. The source, speculations says that one of the reasons why the sudden surge in the crypto market happened the previous Thursday is that Bitcoin’s exponential jump was caused by the central bank’s action in taking any measures to support the stability of the financial market.

Another event that triggers Bitcoin's price is the upcoming block halving event which happens every four years to cut half of the mining rewards. As of this writing, it is being estimated to occur on the 12th day of this month. Halving was being designed for Bitcoin as a deflationary currency. Like gold, while the supply decreases and the demand through mass adoption increases, it is possible and practical to also use Bitcoin as a hedge against inflation.

In most cases, the crypto community would assume that every halving event drives Bitcoin to create a FOMO among investors that results in a rapid movement as the counter nears to end.

Bitcoin trend overflows on Twitter as the founder and CEO of Binance Changpeng Zhao shared his tweet showing the performance of these assets from March 12 to date. 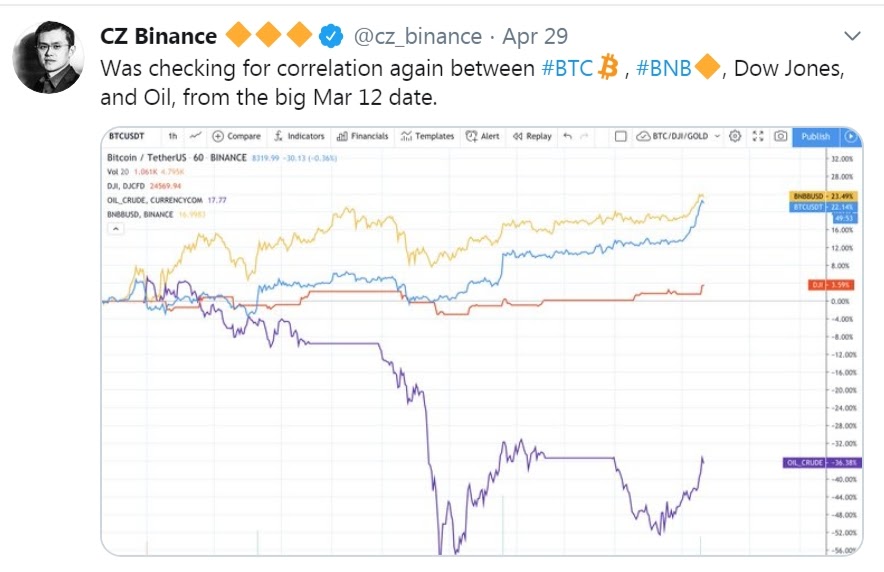 While the other tweet says that Bitcoin is tagged as the best performing asset in 2020. 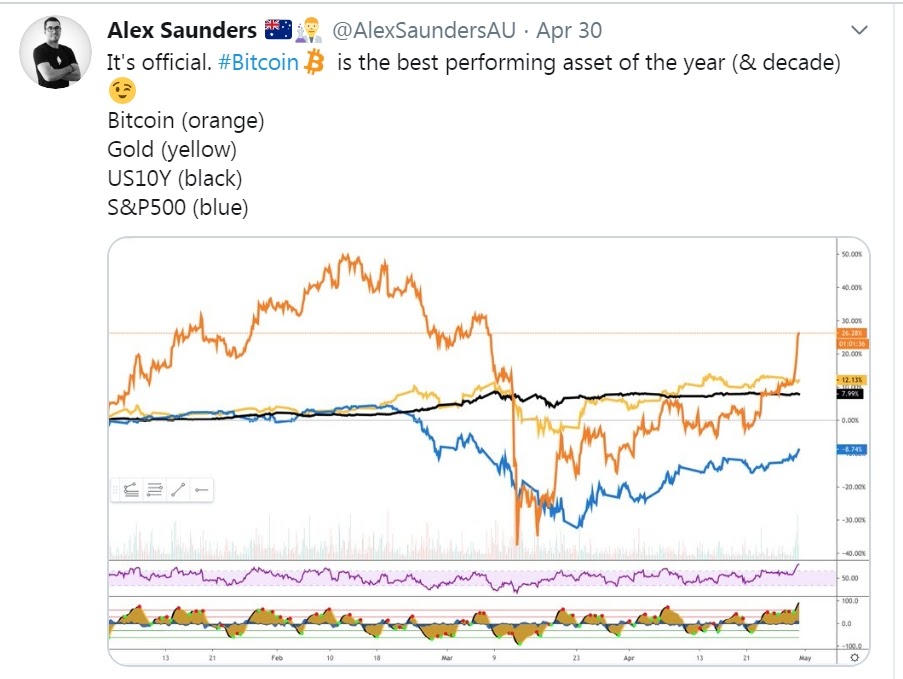 Winterwind is commonly developing with Bitcoin is a range of applications here. Some examples include wallet development, deposit listeners, automated withdrawals, securing hot wallets and more.