Anthony is most well-known for his work as the engineering lead on a cryptocurrency called LoyalCoin. In mid 2017, Anthony was invited to be the lead developer for the first cryptocurrency from the Philippines. He graciously accepted this offer and began building out a series of blockchain applications there, together with Winterwind's CTO, Yasir. 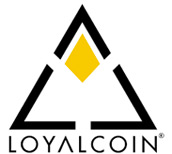 This website was using Laravel and Bootstrap 3, and contained all of the main elements an ICO website should have. Countdown to the ICO start, progress bar on funds raised while it was in progress, contribution page with Bitcoin, Ethereum and NEM addresses, deposit history and more. Interested users could register on the website and wait for the ICO to commence. Once it started, they could login and see their contribution page, where they could deposit BTC, ETH or XEM and would then have their dashboard updated to see how much LYL they were owed. They could contribute as many times as they wanted, and each contribution would have a separate entry in the dashboard along with a total at the bottom on how many LYL they were owed. 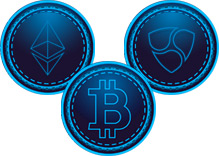 A blockchain listener is a command line process that runs 24/7 and listens for incoming or outgoing requests to an account, and can take an action based off of this. Usually this is updating a database, but it can also be sending real-time data to a website to be displayed to the user. Winterwind typically uses Node.js to create these listeners, but they can be done in other languages as well. In this particular instance, on the contribute (deposit) page of the ICO website, there were three addresses listed there — a BTC, ETH and NEM address. The listeners were listening for transactions coming into these addresses and then credited the user with their LYL in the database. Once the ICO was over, a script was executed and all of the users had their LYL sent to their NanoWallet (the official NEM wallet). 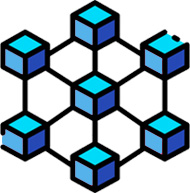 The LoyalWallet is coded in Kotlin for Android and in Swift for iOS. It contains a wallet that can send, receive and securely hold LYL. It also has a few other features such as merchant listings, where users redeem their LYL at nearby stores. 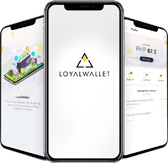